Sweden has installed an automated sobriety check in Gothenburg port to prevent drivers from taking to Swedish roads while under the influence.

The machine, an imposing white and blue box, has been placed by a barrier at the arrival area for trucks and passenger ferries. 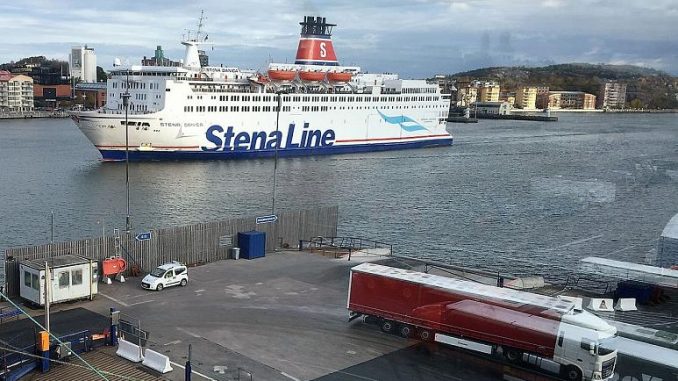 Drivers selected at random will have to submit to the test. If they fail, the gate remains closed and police is alerted.

Infrastructure Minister Tomas Eneroth, who inaugurated the machine on Tuesday, told local media: “I have been clear that I want to see this kind of checks in basically all our Swedish ports.”

Sweden has some of the strictest alcohol laws in Europe with the drink driving limit set at 0.2 grams per litre while the majority of EU member states have a 0.5 limit, according to the European Transport Safety Council.

Sale of alcohol is also only permitted in state-run liquor shops and excise duty levied on beer and spirits is significantly higher than the EU average, according to the research group 4Liberty.eu.

Many Swedes, therefore, go abroad to get their hands on cheaper alcohol. Those in the north of the country tend to cross the land border into Finland. For those in the south, ferries bound for Germany have become especially popular.

The automated sobriety check was commissioned by the government in September 2017 as part of the Vision Zero policy to bring fatalities or serious injuries on the road down to nil.

According to the Swedish Transport Administration, more than 30% of all fatal accidents on Swedish roads involve alcohol or drugs.